He gave a fantastically funny talk on security and how much it is ignored by the software development industry.

Herbert told us two hilarious stories about how insecure software can result in bad consequences, and showed us a demo of hacking Notepad to make the point that any software can potentially be compromised no matter how simple it is.

Here is a photo of him: 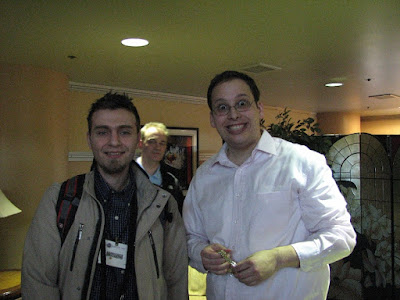 I left right after lunch that day, so the only talks I ended up attending were about Eclipse DTP and the new ColumnViewer API for TableViewer.

EclipseCon 2007 has overall been a great success! I met a lot of great people, attended a lot of interesting talks, and learned a lot in the process. I thank everybody who contributed to the conference success.

To conclude this series of posts, here is the last photo I took at EclipseCon 2007: 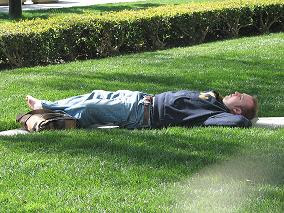 Programmer enjoying the great weather of Santa Clara, California.
Posted by Andy Maleh at 12:32 AM