Glimmer DSL for SWT 0.6.5 has been released with one major improvement to the `glimmer` command. It now has a TUI (Text-based User Interface) for interactive navigation and execution of Glimmer tasks courtesy of the rake-tui gem.

Here is an example of how it now looks like: 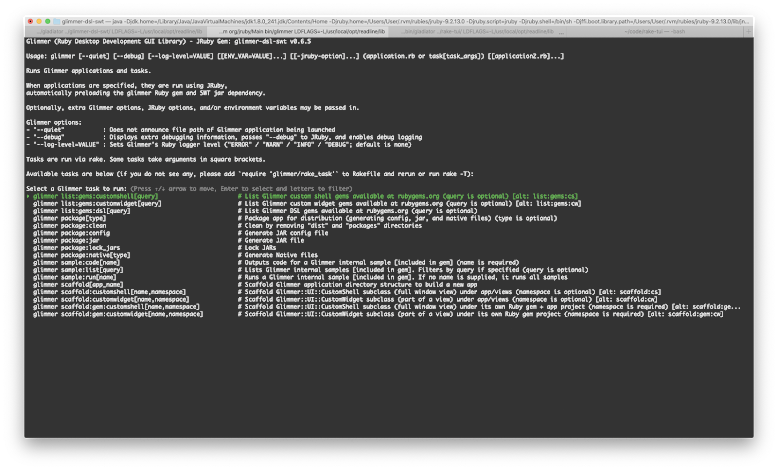