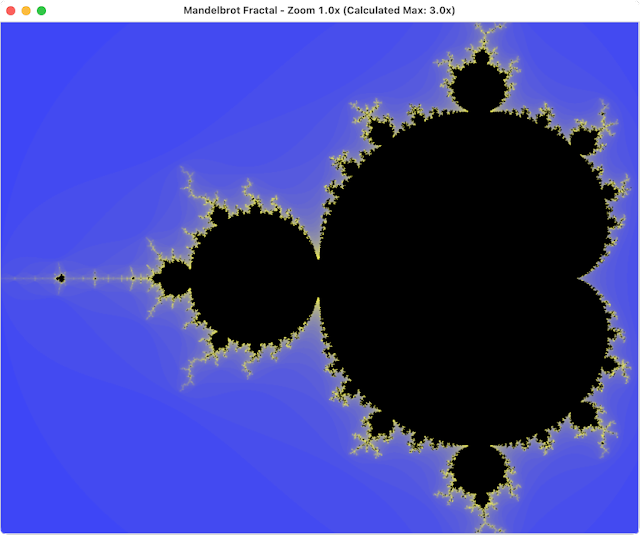 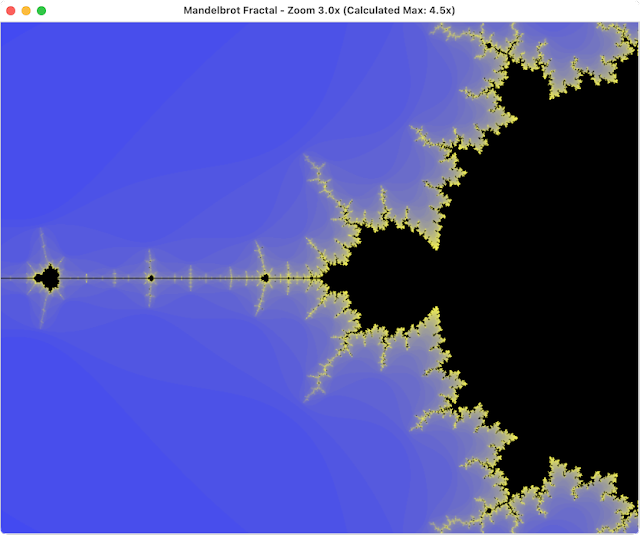 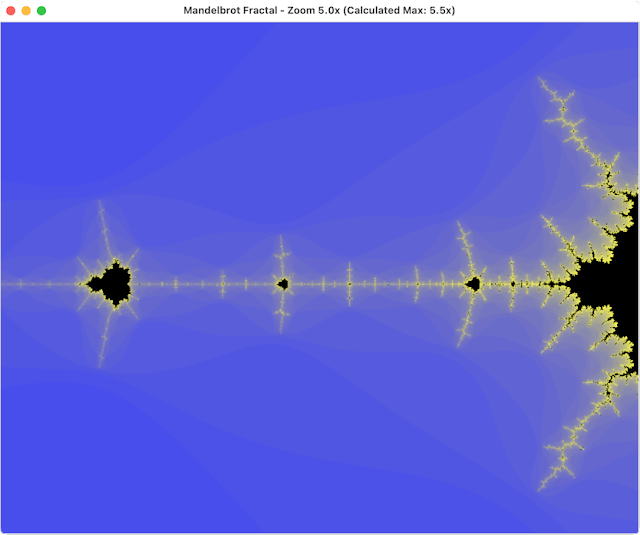 Below is the multi-threaded model code and Glimmer GUI DSL code of the Mandelbrot Fractal initial version (without zooming). The way I parallelized processing is by realizing that the calculation of each Mandelbrot Fractal point (happening in a loop) is independent of all other points, and thus I could distribute and process in separate threads. Of course, I don't want more than 4 threads (or 8 hyperthreads), which depends on the number of CPU cores (I have 4) to avoid thread competition for CPUs slowing down the calculation. As such, I relied on a Thread Pool constrained by as many processors as available. See below how simple the code to achieve that is with Ruby and the concurrent-ruby gem. Otherwise, the Glimmer DSL for SWT GUI simply paints an image as a form of image buffering (to avoid Mandelbrot pixel repaints on GUI repaints) and then puts it inside a canvas to display.

You may learn more about how the Mandelbrot Fractal sample got a progress bar and menus in this following blog post.
Posted by Andy Maleh at 10:05 AM